The GTA franchise has a surprising amount of interesting weapons within the series.

This is a video game series where players commit numerous violent crimes. Guns and knives are not surprising to see in this setting, but they’re not the only weapons at a player’s disposal. There are several other interesting options to choose from, with some weapons seeming utterly bizarre to use while others seem powerful, if not underrated.

With over a dozen games to consider, it’s no surprise that the GTA series has numerous interesting weapons to choose from. The five mentioned on this list are chosen at random, purely because they’re all different from one another (and the weapons most players think about when they’re playing a GTA game).

That ability gives it a small advantage over most other weapons. Typically, weapons are used to kill people. While the Fire Extinguisher can still do that, there is no other hand-held weapon that can remove fires as it can.

The idea of a grenade not blowing up instantly or after a few seconds is strange. Add on the fact that the player detonates it like a Satchel Charge is even weirder. It’s a fun weapon to use, and its similarity to pre-existing weapons means that it’s not the most out of the ordinary weapon out there.

It’s a hybrid between regular Grenades and Satchel Charges. The Detonator Grenade is an interesting weapon for what it accomplishes, and it’s also a rare one to find in the games it’s available in.

This weapon is also known as a Remote Grenade in Liberty City Stories and Vice City Stories. 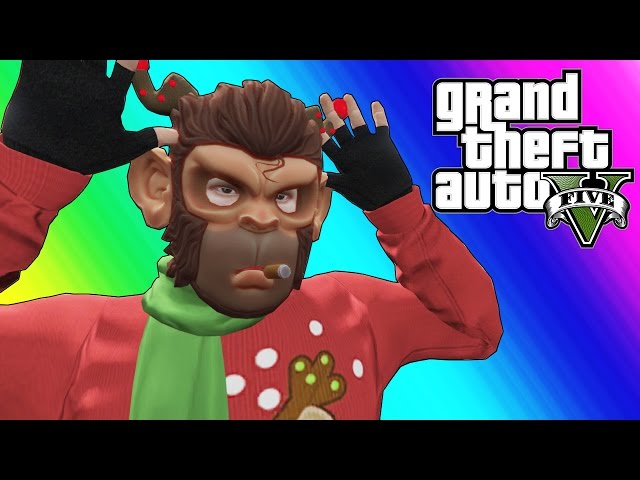 It may not be a weapon that’s always around, but the Snowball stands out for how absurd it is. It’s thrown like one would throw a grenade, except it’s meant to be a joke weapon.

Surprisingly, this is a weapon that can kill pedestrians and other players. It’s not efficient by any means, but it is still a weapon at the end of the day. There is something amusing about using it in GTA Online, although it’s more for novelty purposes rather than how fun it is to use.

GTA 2 is a strange game. It’s technically a futuristic title with some futuristic elements, but it also has many archaic components to it that make it seem old-school. One of the futuristic weapons was the ElectroGun, which zapped a small arc of electricity forward.

It had a good range and was capable of damaging cars. It wouldn’t instantly hurt pedestrians or cars, as it took a few seconds for the damage to occur. Still, it was a potent weapon that never returned to the GTA series.

The Stun Gun is the closest equivalent, although that is far weaker than the ElectroGun was in GTA 2.

The Up-n-Atomizer is yet another futuristic weapon that seems out of place in a GTA game. Of course, GTA Online has plenty of wacky and unrealistic weapons, so it fits thematically. However, what makes this one stand out is that it’s unlike any other weapon.

Its design is something a player would see in a cartoon, yet its effect is potent. It’s not a traditional joke weapon. It can hurt and kill people, but its main benefit is that it can send vehicles flying a short distance.

This effect is extremely useful if the player finds themselves stuck on some awkward geometry. Just use the Up-n-Atomizer to get the vehicle out and the player can then go on their merry way.

Which big man does MU encounter in the Champions League group stage 2021/22?

Northwestern at No. 6 Michigan College Football Week 7 Preview: The calm before the storm

The psychology of being a Rutgers fan