Renowned artist Chuck Close reportedly passed away at the age of 81 on Thursday, 19 August 2021. The news of the death was confirmed by his lawyer, John Silberman, who mentioned that the artist took his last breath at a hospital in Oceanside, New York.

The cause of his death was later announced by Adriana Elgarresta, Director of Public Relations at Pace Gallery. She reportedly mentioned that Chuck Close passed away due to congestive heart failure. The acclaimed painter and photographer was also diagnosed with front lobe dementia in 2015.

“I am saddened by the loss of one of my dearest friends and greatest artists of our time. His contributions are inextricable from the achievements of 20th- and 21st-century art.”

Known for his photorealist portraits and contemporary artistry, Chuck Close suffered from prosopagnosia or face blindness throughout his lifetime. The painter reportedly credited the condition as the reason behind his caliber of incorporating intricate details into painting faces.

As a child, Chuck Close was diagnosed with nephritis, a severe kidney infection that kept him out of middle school for nearly a year. He also suffered from undiagnosed dyslexia and a neuromuscular condition.

In 1988, Chuck Close suffered a spinal stroke that left him in a nearly quadriplegic state. He was diagnosed with a severe blood clot in his spinal cord that confined him to a wheelchair.

However, with the help of a special brush-holding device attached to his hand, the legendary artist continued to create masterpieces.

A look into Chuck Close’s life and legacy

Chuck Close was born to Leslie and Mildred Close on 5 July 1940 in Washington. Although his father passed away when he was just 11 years old, his mother continued to support his passion for art and paintings.

He graduated from the University of Washington School of Art in 1962. He then received a bachelor’s and master’s degree in fine arts from Yale University. He also attended the Academy of Fine Arts Vienna on Fulbright scholarship.

He started teaching at the University of Massachusetts and later moved to New York in 1967. Chuck Close rose to prominence in the 1970s and 1980s through photorealist and hyperrealist paintings of his family members, close friends and other artists.

He created the most prominent painting of his career known as the Big Self-Portrait in 1968. He created several other paintings using the same technique including portraits of Philip Glass, Joe Zucker and Richard Sierra.

Chuck Close skyrocketed to fame with his monochrome, highly detailed and enlarged nine-foot tall mugshot paintings. It is said that the iconic paintings remain indistinguishable from general photographs even after a full-page art book reproduction.

He was also known for his unique airbrush techniques. His airbrush style also served as an inspiration behind the creation of the inkjet printer. Close incorporated colors into his paintings during the 1970s.

He used a unique blend of CMYK colors to create striking realist paintings. The portrait called Mark, a painting of his friend, Mark Greenwold served as one of the finest examples of this style. The portrait has been placed in the Metropolitan Museum of Art.

Throughout his career, Chuck Close experimented with different painting techniques such as ink, pastel, watercolor, graphite, crayon, finger painting and stamp-pad painting on paper. He also contributed to print-marking techniques such as woodcuts, linocuts, etching, mezzotint, silkscreens and Polaroid and Jacquard tapestries, among others.

After achieving considerable success with his gridded paintings, he also ventured into non-gridded techniques, CMYK color grid methods and topographic map styles. Chuck Close also delivered prominent commissioned works and represented his art in some of the biggest exhibitions in the world. 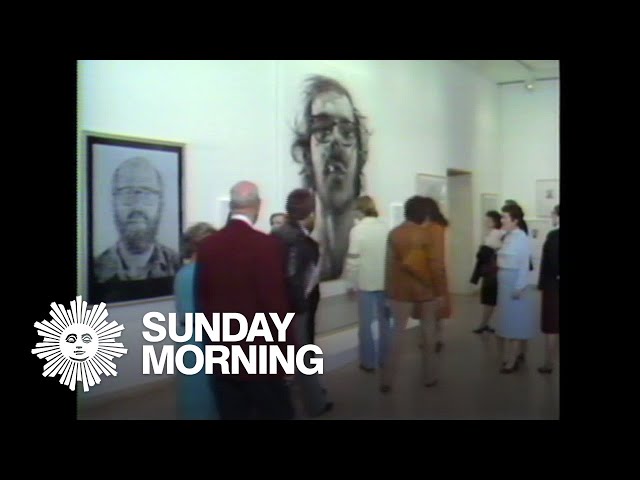 In addition to his creativity on the canvas, Chuck Close also showcased his prowess behind the camera, and his photographs earned him an equal amount of recognition.

In 2017, the visual artist was accused of alleged sexual harassment by four women. He later addressed the situation and apologized for his behavior. Doctors also attributed the sexually inappropriate behavior to his Alzheimer’s diagnosis.

He received more than 20 honorary degrees from Yale University. He also received the National Medal of Arts from Bill Clinton in 2000. He was the recipient of the New York State Governor’s Art Award and Skowhegan Arts Medal, among others. 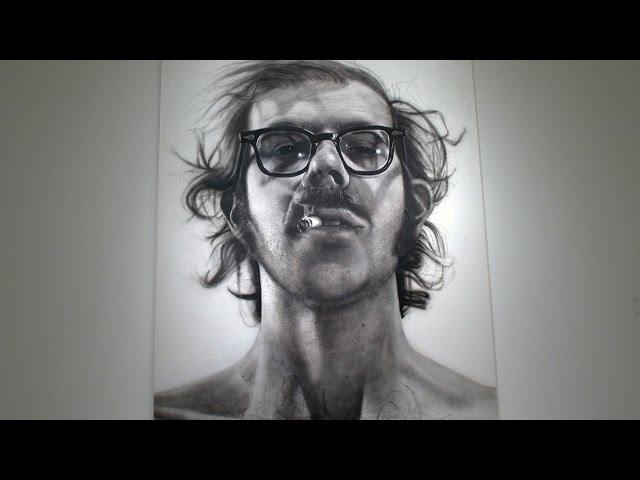 Chuck Close was elected to the National Academy of Design in 1990. He was also appointed as an artist for the Cultural Affairs Advisory Commission by New York Mayor, Michael R. Bloomberg. In 2010, he was appointed to the President’s Committee on the Arts and Humanities by Barack Obama.

Chuck Close married his student, Leslie Rose early in his career. The pair divorced in 2011 and share two children together. He reportedly married artist Sienna Shields in 2013 but the duo parted ways a few days after marriage.

He is survived by his former wives, two daughters and four grandchildren. Chuck Close will always be remembered for his immense contribution to modern art. His legacy will be cherished by contemporaries as well as future generations.

Also Read: What happened to Biz Markie? Cause of death explored as rapper passes away at 57

Lukaku: 'I left MU to improve myself'

The Chinese team prepares carefully for the 2022 World Cup qualifiers

4 must watch games in NFL Week 6

The Patriots were cowards against the Cowboys

Ben Simmons returns to practice Sunday and other Sixers notes