Pokemon GO trainers are always looking for ways to get their hands on legendary Pokemon, and with good reason too.

Like in the main series games, legendaries are often far superior to ordinary Pokemon. They typically have larger stats as well as more expansive movepools.

Some of them might even have an exclusive move on them, for instance Psystrike on Mewtwo. The trade-off with legendaries, though, is that they are much harder to catch.

Can Legendary Pokemon be found outside of Tier 5 Raids? 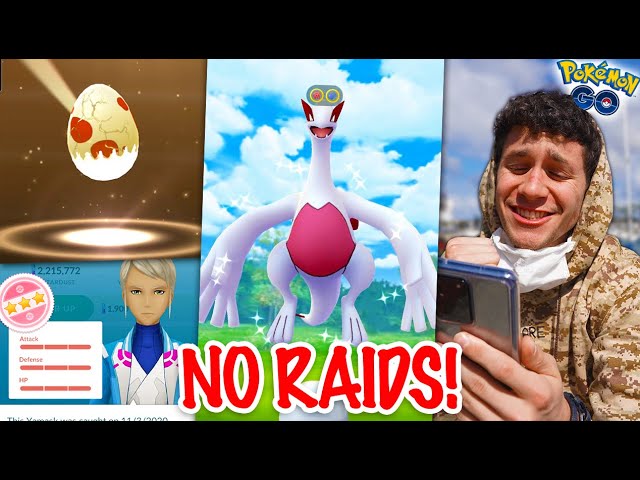 Normally, trainers cannot find legendary Pokemon by searching the wild. They can only be battled and caught through Tier 5 raids.

There has been, however, one exception.

Early in 2020, the lake spirits from Generation IV were released into the wild. The lake spirits are Azelf, Uxie and Mespirit, a trio of Psychic-type Pokemon found at the three lakes in the Sinnoh region (Acuity, Verity and Valor).

While these legendary Pokemon were released to the wild, they still aren’t easy to find. They are considered to be extremely rare encounters.

On top of that, they were all region locked. Only Azelf can be found in the Americas; Uxie is located in Eastern Asia, and Mespirit was released in Europe, Africa, and the Middle East.

Roaming legendaries are, instead, found at different points on the map. Trainers have to search the wild in the hopes of finding these Pokemon. There are ways, though, to help narrow down which wild areas these roaming legendaries will be in.

Not only are they hard to find in the main series games, but they’re also hard to catch. Many trainers save their Master Ball for a premier legendary Pokemon.

Greenwood will become a superstar in MU

This Gritty reboot of ‘One Punch Man’ is an anime masterpiece